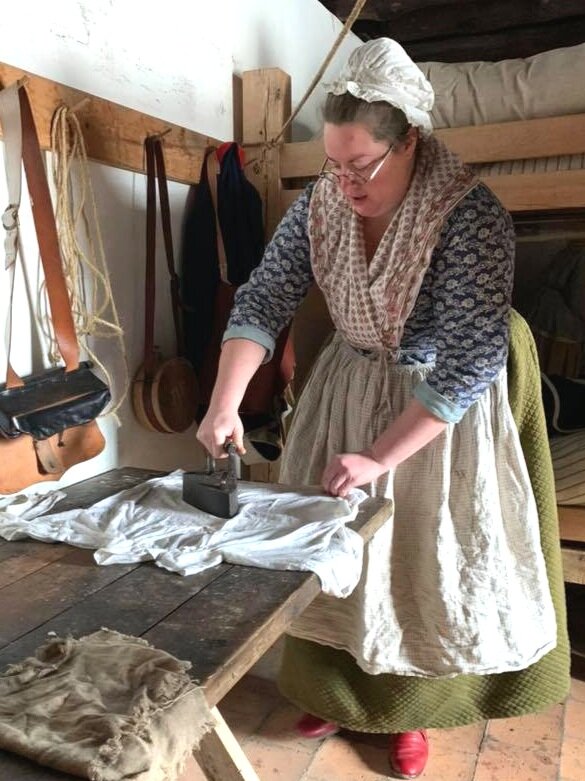 I thought it would be a great experiment to test out three different types of period irons. I attended an event over the weekend at Fort Ticonderoga where we were doing a laundry demonstration and thought that would be the perfect time to try them out. I have two irons with slugs, one cast iron and the other brass, and a solid cast (iron) iron. My initial thoughts were that the cast iron with the slug would be my favourite because there is no chance of it getting ash on the clothing since it's only the slug going into the coals and that it would retain its heat longer than the brass one. 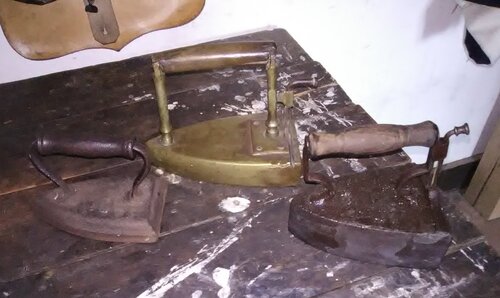 However I found that the two irons with the slugs took a long time to heat up once I put the slugs in (the cast iron one took about half an hour) and never really got hot enough to properly press anything. The brass iron took a bit less time to heat up (about 15 minutes), but was only lukewarm at best. I was able to put my hand on the bottom of the irons and they were never hot enough to burn my hand (the slugs were definitely hot enough and I did burn my finger on one). 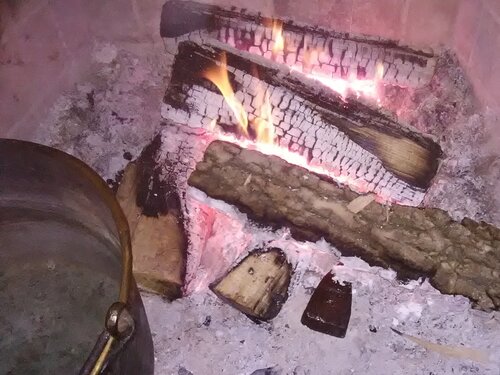 One of the iron’s slugs sitting in the coals at the bottom right of the photo.

The solid iron was surprisingly (to me, anyway) my favourite of the three. Because it was the whole iron on the coals it was hot as soon as I took it out of the fire and remained hot for quite some time. The only disadvantages were that you would definitely need a pressing cloth to keep your garment free from ash and soot that was on the iron and that the whole iron was hot, including the handle. Fortunately, since it was so cold, I had my period mittens and used those to iron with, but that is not very practical on a warm day, so scraps of wool wrapped around the handle might be a better solution. 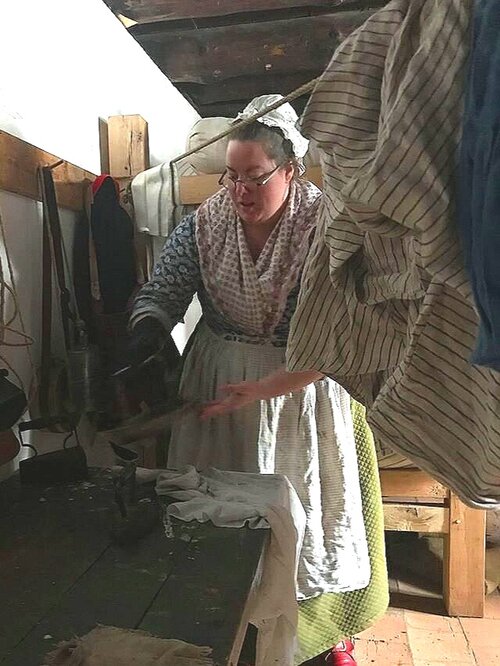 Here I am using my period mittens so that I can hold the hot iron. Image courtesy of Kathryn Weller, 34th RoF 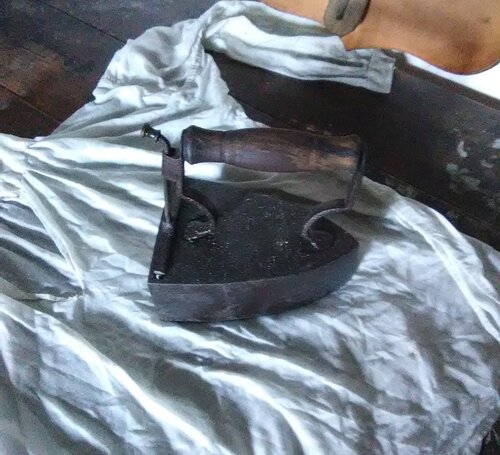 I tried the experiment out again at home (using my oven to heat the iron and slugs up), because I wanted to see if the cold that we experienced at the Fort that day had any effect on the temperature of the irons. I got almost the exact same results at home, other than the fact that they irons did get a little bit hotter, but still not hot enough to properly press the fabric. You can see by my photo the results of the three irons. 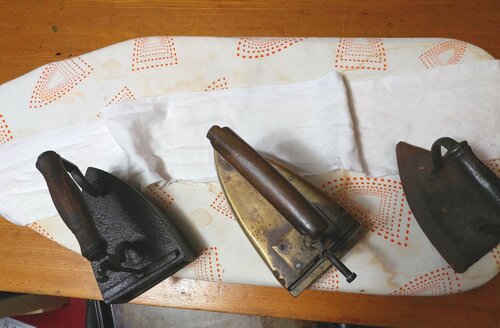 As you can see from the photo the two irons with slugs couldn’t get the wrinkles out of the fabric. The solid cast iron was able to get most wrinkles out, but left the fabric dirty when not using a pressing cloth.

I was definitely surprised by the results of my experiment, and as always learned some things that I never would have considered. I would love to find additional slugs for my irons because I think if I tried a rotating system, where one slug is in the coals while I use the alternate slug, it might heat the iron hot enough to actually use. It also left me with questions, like what tools they might have had to pull the slugs out of the fire, what materials would they have used for the solid irons to hold the handle without burning themselves, and would using a trivet helped keep the solid iron clean enough to not require a pressing cloth?