The Basics of Being a Fop

I haven't written about this subject in a while, but I have a few posts lined up about fops, beauty recipes and military hairstyles. There actually isn't too much to say about how fops or macaronis did their hair and makeup that hasn’t already been said about women (see those blog posts here and here). As with women, they used pomatum and powder in a variety of colours and applied makeup in much the same manner.

Hair was usually long and pulled into a ponytail that could then be braided, clubbed (looped up and tied) or put in a wig bag. They would then have one or more rolls in the front. Their hair could either be their own or a wig. As mentioned in a previous post, it was long accepted that men wore wigs and therefore there was no need to disguise the wig along the hairline, like women had to do.

I must note that being a fop wasn’t associated with being feminine, but with trying to attain the height of fashion at the time. I have seen many modern assumptions that macaronis were very feminine and I want to set the record straight that they were masculine. One example is how they exaggerated their calf muscles which made the macaroni appear stronger and more “manly”. False or padded calves would be used, or an artist would use their artistic licence to improve the subject’s calves in the portrait.

Here are a variety of period images that portray fops, from caricatures to portraits, which show a more subtly side of the hair and makeup: 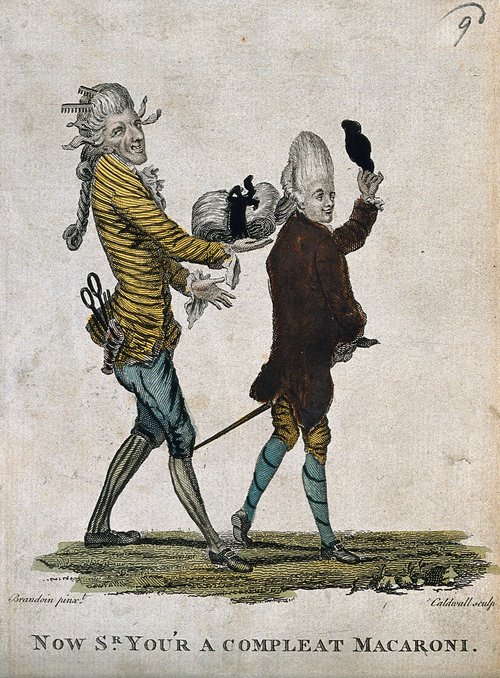 Now Sr. You’r a Compleat Macaroni, Welcome Library no. 31879i 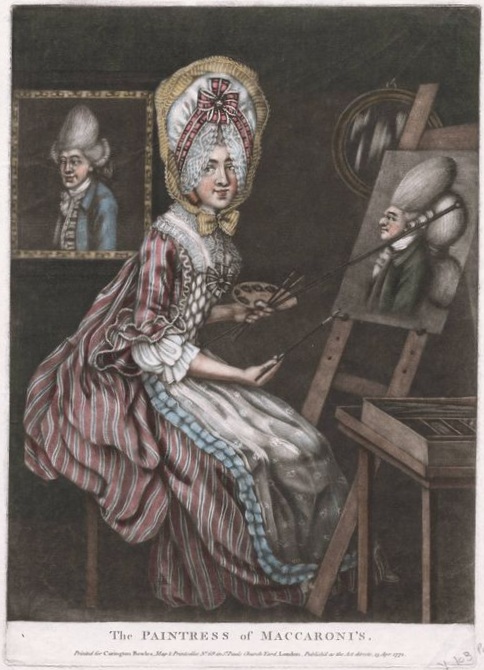 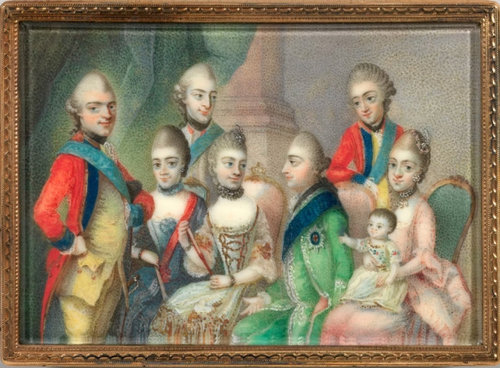 Lid of a snuff box, c.1770 depicting Queen Charlotte (sitting in the center) with her sisters and brothers. Royal Collection Trust 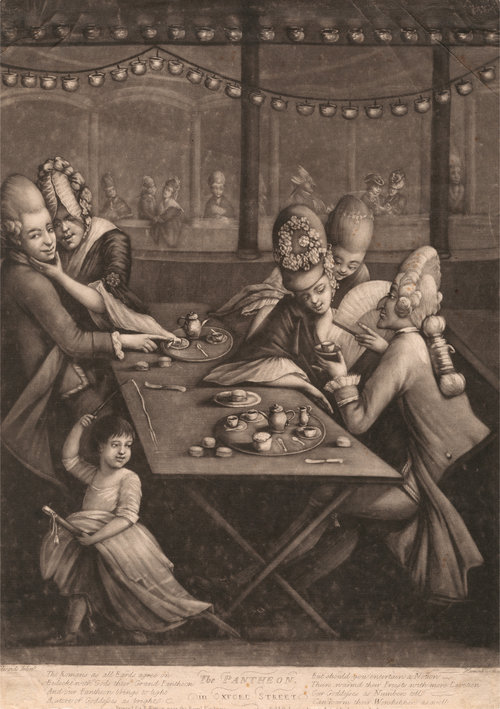 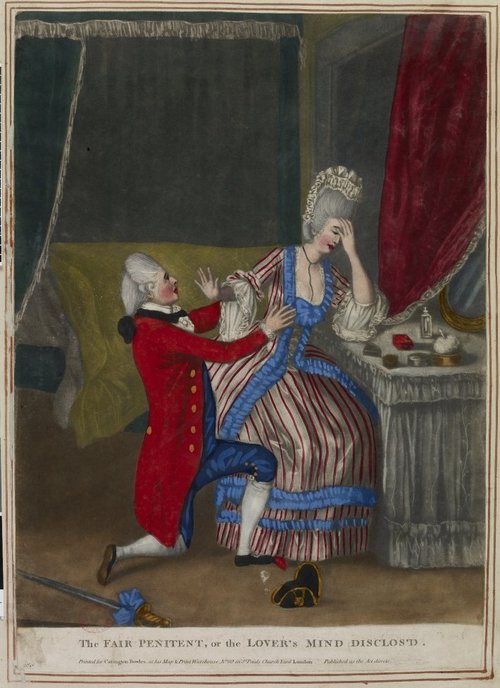 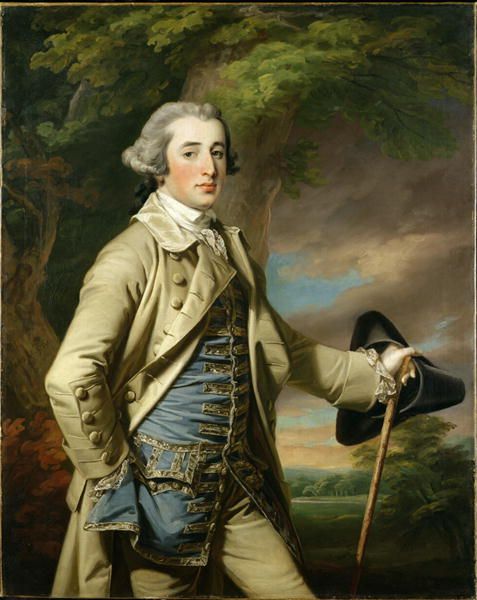 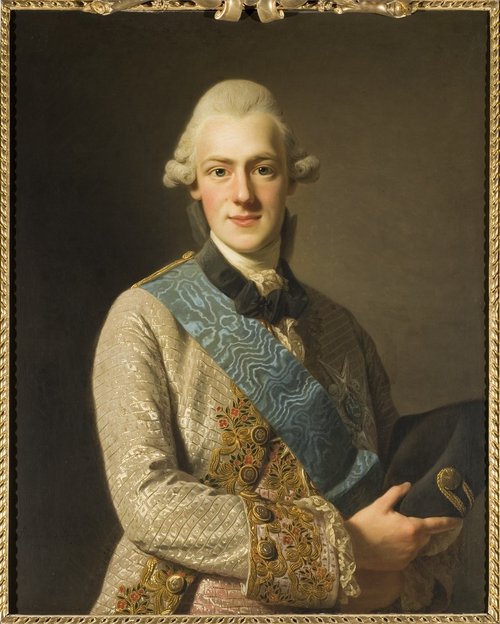 Now excuse me, my husband is calling me to make him more pomatum. Next week, I will be positing period recipes and how to create them.