In today’s post I will be sharing with you some period recipes and their modern equivalents. Some of them translate very well into this time period, such as the pomatum, where the ingredients are still known to be safe. Others however, had to be updated as we know that lead is not a safe product to use (although they were aware of that at the time and yet, continued to use it, sometimes even to cover up the damage that the lead caused their skin).

I have created these recipes through trial and error and have tried to reduce them to be a manageable size to create. In other words, sometimes period recipes create large batches and I tried to reduce them so that you don’t have more than you will use in a reasonable amount of time. 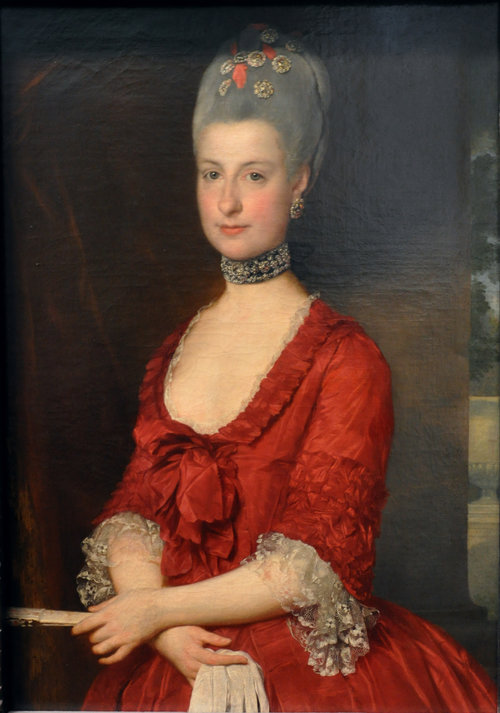 First up, is hair powder; the modern recipe consists of:

Pound all the ingredients together in a mortar and pestle (or in a food processor) until smooth. It can be used in an open top container with a powder puff or in a shaker to dust onto the hair.

The original recipes used to create this are both from The Toilet of Flora and are as follows:

The best Starch dried is generally the basis of all Hair-powders: as are, sometimes, worm-eaten or rotten Wood, dried Bones, or Bones calcined to whiteness, which are lifted through a fine hair sieve after they have been beaten to powder. This kind of Powder readily takes any scent, particularly that of Florentine Orrice, a root which naturally possesses a violet smell. Of these Roots, the whitest and soundest are made choice of; they are to be powdered as fine as possible, and this can only be done during the summer.

To the Residuum of the preceding add a little Starch and Wood-ashes in fine powder; rub them together in a mortar some time, and then lift through a fine hair sieve. 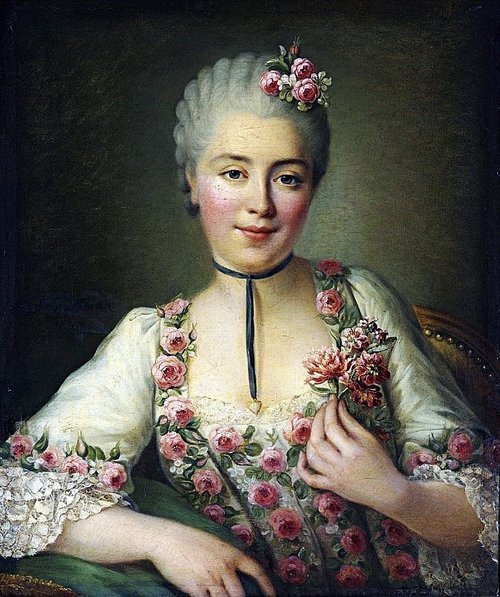 Portrait of a Lady said to be Mlle. Dore, half-length, in a white dress with pink roses, by François-Hubert Drouais, 1765

Next, is the modern recipe for French rouge:

0.75 tbsp common powder, which is the previous recipe (without the fire ash)

1.25 tbsp rose petals (or more to get desired colour/shade)

Pound all the ingredients together in a mortar and pestle (or in a food processor) until smooth. Add more or less rose petals until you achieve the desired shade of pink.

The original recipe is taken from The Art of Cookery Made Plain and Easy, by Mrs. Glasse (1784):

TAKE some carmine, and mix it with hair-powder to make it as pale as you please, according to your fancy. 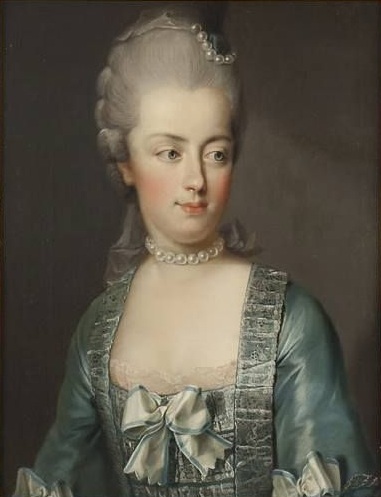 Next is face paint, and this is the recipe, for obvious reasons, had to be updated the most. Apparently lead created a more pearl look when applied, so this will never be exactly as the original product, but gives the look that we are after.

Blend the ingredients together on a stovetop until combined. Let cool in a bowl and stir to combine (as the titanium dioxide settles to the bottom). Once cooled, scrape into your container.

Note: Titantium dioxide is used instead of lead, as it gives the closest look with its opaque white coverage. It is used in almost every modern sunscreen, which means that it does give some protection from the sun. The only research that shows it is carcinogenic, is through inhalation of the powder when mixing the ingredients and is safe to use on your skin.

The original recipe is taken from the book Abdeker or the Art of Preserving Beauty:

WHEN you want to make a beautiful Paint, observe the following proportion between the Drugs mention'd in Page 5 5 of this Work, where this observation is reſerr'd to.

TAKE four Ounces of the Oil of Ben, an Ounce of Virgin Wax, and two Drams and a half of Magistery of Bismuth. The Oil of Ben is preferable to the Oil of sweet Almonds, and also to that of the four Cold Seeds, because it does not over-heat so much as those Oils, and keeps a long time before it changes.

The Magistery of bismuth is to be preſerr'd to that of Tin or Lead, because it is a great deal whiter. This Cosmetic is commonly call'd Spanish white. If it be dissolv'd in Flower-de-Luce Water, it will whiten the Face. 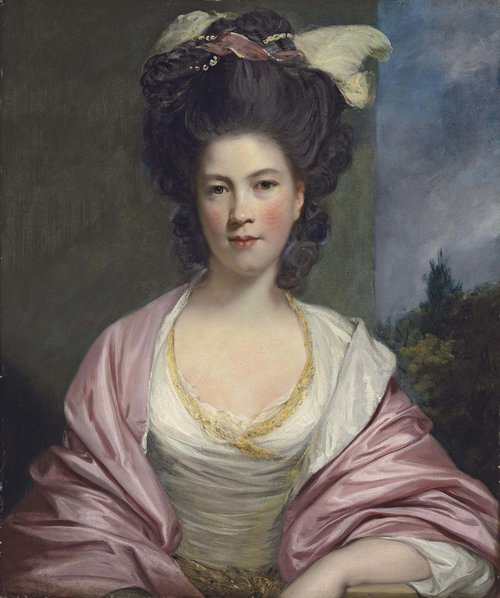 Next is the tinted lip salve:

Crush rose petals into a fine powder and add to the almond oil. Infuse the almond oil with the dried rose petals by putting them in a mason jar and then into a pot with water that comes up the jar halfway; bring to a simmer and continue to simmer for 4 hours. Let the oil cool and strain to get out the large pieces. Combine the remaining ingredients on the stove top until the beeswax is melted and it is all combined. Pour into container and let cool completely.

Notes: Jojoba oil is substituted for spermaceti, as it is the most similar in consistency and properties. Spermaceti is a fat that comes from whales and therefore is illegal to use.

The original recipes come from The Toilet of Flora:

Take three ounces of Oil of Almonds, three quarters of an ounce of Spermaceti, and a quarter of an ounce of Virgin's Wax; melt them together over a slow fire, mixing with them a little of the powder of Alkanet Root. Keep stirring till cold, and then add a few drops of Oil of Rhodium.

Take Hog's Lard warned in Rose-water, half a pound; Red Roses and Damask Roses bruised, a quarter of a pound; knead them together and let them lie in that slate two days. Then melt the Hog's Lard, and strain it from the Roses. Add a fresh quantity of the latter, knead them in the Hog's Lard, and let them lie together two days as before ; then gently simmer the mixture in a vapour-bath. Press out the Lard, and keep it for use in the same manner as other Lip salves. 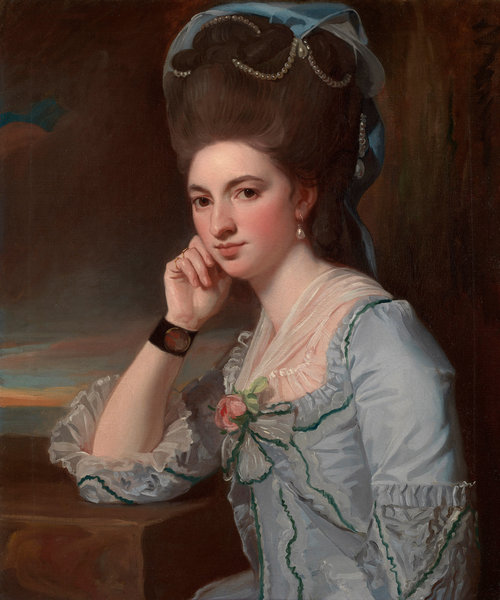 Portrait of a Lady, by George Romney

Heat the lard and beeswax on the stovetop. Once melted, take of the heat and add the lavender essential oil. Pour into the container and let cool completely.

EDIT: I have had good success using vegetable shortening in place of lard for friends who are vegan.

The original recipe is taken from The Toilet of Flora:

Take two pounds and a half of Hog's Lard, ten pounds of Lavender Flowers, and a quarter of a pound of Virgin's Wax ; put two pounds of picked Lavender Flowers into a proper vessel with the Hog's Lard, and knead them with your hands into as uniform a paste as possible. Put this mixture into a pewter, tin, or stone pot, and cork it tight; place the vessel in a vapour-bath, and let it Hand fix hours; at the expiration of which time, strain the mixture through a coarse linen cloth, with the assistance of a press. Throw away the Lavender Flowers as useless, pour the melted Lard back into the fame pot, and add four pounds of fresh Lavender Flowers. Stir the Lard and Flowers together while the Lard is in a liquid state, in order to mix them thoroughly ; and repeat the former process. Continue to add in this manner till the whole quantity of Lavender Flowers is used. Then set in a cool place the pomatum separated from the Lavender Flowers, that it may congeal ; pour off the brown aqueous juice extracted from them ; and wash the Pomatum in several waters, stirring it with a wooden spatula, to separate any remaining watery particles, till the last water remains perfectly colourless. Then melt the Pomatum in a vapour-bath, and keep it in that state about an hour, in a vessel well corked ; leaving it afterwards to congeal. Repeat this last operation till the aqueous particles are entirely extracted when the Wax must be added, and the Pomatum having been again melted, in a vapour-bath, in a vessel closely corked, be suffered to congeal as before. When properly prepared, fill it into gallypots, and tye the mouths over with wet bladders, to prevent the air from penetrating.

This Pomatum is extremely fragrant, but is used only for dressing the hair.

In the same manner are prepared, Orange-flower Pomatum, Jasmine Pomatum, and all Pomatums made of odoriferous flowers. Common Pomatum scented with the essences of any such flowers, may be used as a good succedaneum.

Here are a couple of additional recipes that I haven’t experimented with, but sounded interesting so I thought I would include them.

256. To change the Eye-brows black (from The toilet of flora)

Rub them frequently with ripe Elderberries. Some use burnt Cork, or Cloves burnt in the candle; others prefer the Black of Frankincense, Rosin, and Mastic. This Black will not melt nor come off by sweating.

Red Paint (taken from Abdeker or the Art of Preserving Beauty)

A Scarlet Ribbon dipp'd in common Water, or in Brandy, and rubb'd on the Cheeks, gives them such a beautiful Redness that one would take it to be natural. Others, by rubbing their Cheeks with Scarlet Wool, give them a very handsome Red.